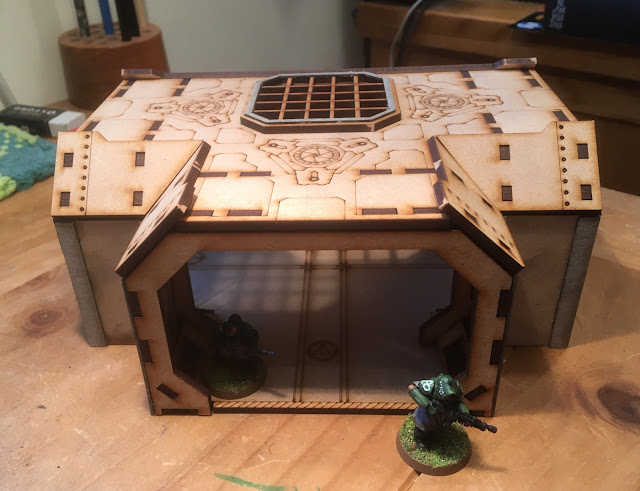 Like many science-fiction gamers, I am obsessed with ‘corridors’. So many of my favourite sci-fi shows feature them. The Doctor (Who) probably holds the record for running down the most corridors, but they are also a common feature of Aliens, Star Wars, Star Trek, etc. So, it’s pretty natural that I would want to recreate some of those exciting passageways on the tabletop – and I have, several times. In the past, I have made 2D corridors, sometimes with 3D edges. My mostsuccessful attempt can be seen in this old post.

But I’ve always wanted to take it further and go full 3D with my corridors. I tried once before. I bought a big MDF set with numerous different sections. However, I got so dispirited with the time it took me to put one little piece together that I ended up getting rid of it all. Well, I’ve decided it is time to try again.

This time, I ordered a single piece from TTCombat. It’s actually part of their ‘Bunker’ line but works pretty well for generic corridors – especially since I left some of the exterior detailing off. It took me about 2 hours to put this piece together. It had a couple of tricky bits, but nothing that couldn’t be overcome with a bit of patience. Next up, I’m going to paint it, which I suspect will be little more than a coat of grey primer and a wash. When I’m done, I’ll order another piece.

This may not seem the most monetarily efficient way to assemble a corridor set, but I suspect it is. Doing it this way, I have a far better chance of completing the project. More importantly, I believe I will enjoy the entire process much more. So, if examined from a money vs. enjoyment point-of-view, I suspect this by far the most efficient way.

I actually have a lot of game design thoughts on corridors - as they are something that need to be handled very carefully in wargaming, but I'll save that for another day. 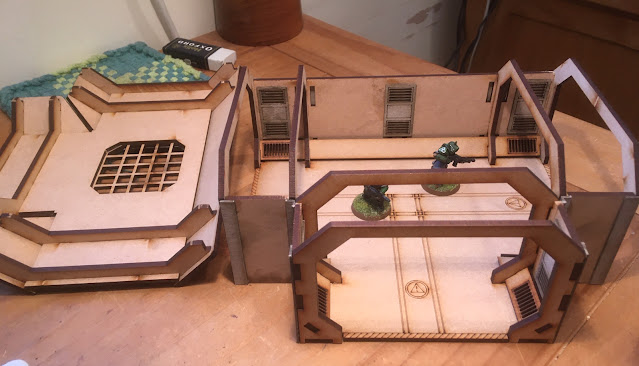